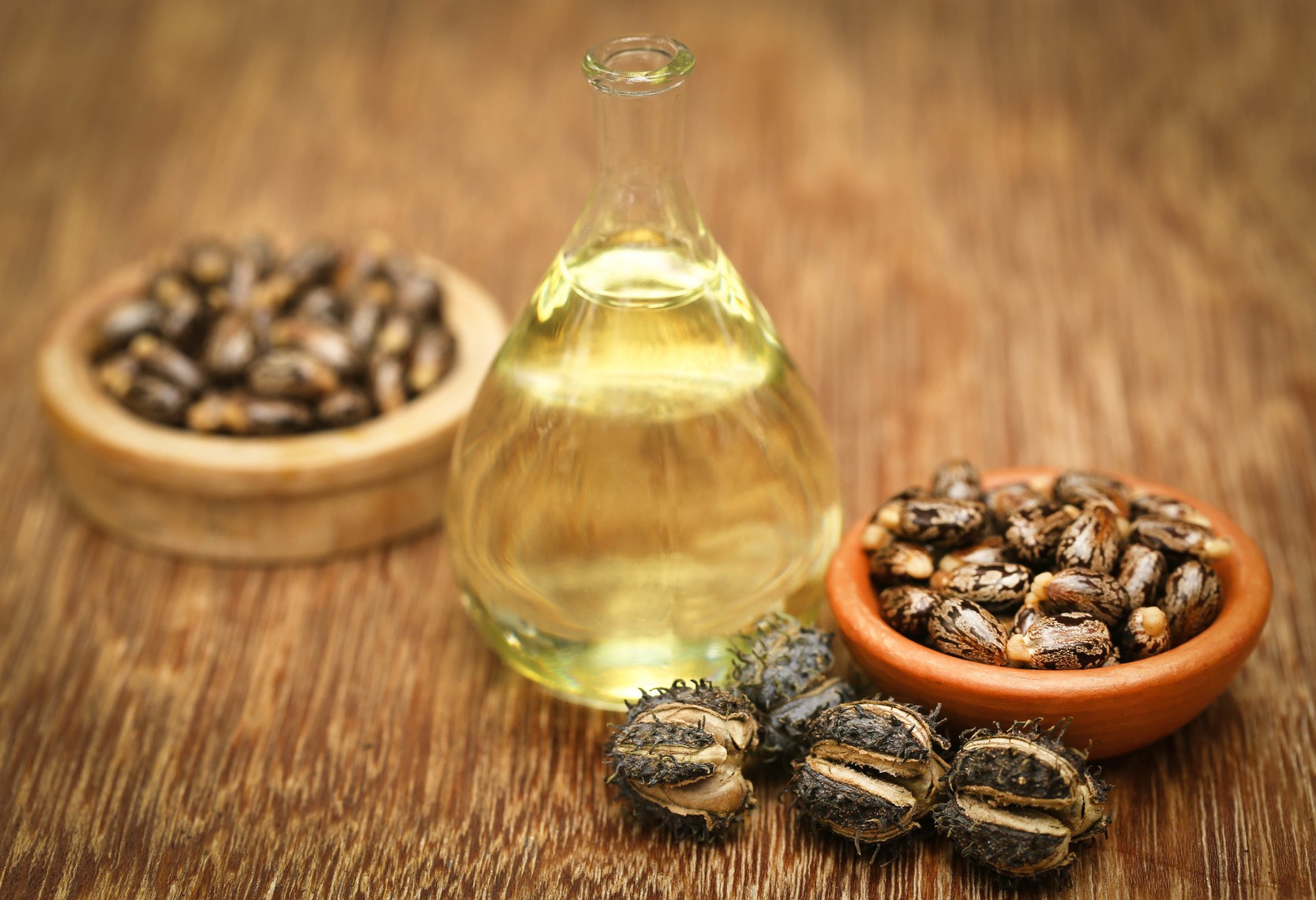 One way to stay beautiful is to use castor oil. It is distinguished by wide properties, it is used in medicine and cosmetology. What makes it worth using? When is it best?

Castor oil is made from castor bean seeds, which contain an oily substance. It is she who is rich in unique properties. It was discovered by Edgar Cayce.

He investigated the effect of castor oil on diseases of internal organs. He found that compresses using this oil improve circulation, stimulate the body’s defenses and help restore the balance between cells. He recommended the use of compresses in diseases in which there is insufficient removal of toxins from the body due to disorders of the lymphatic circulation.

For this reason, castor oil was originally used for constipation and gastritis. However, there are more specific properties, they result from its chemical composition. It can be used directly as glyceride or as castor acid. Castor bean seed oil is safe for your health. The fact is that the grains are toxic due to the presence of ricin (originally in the plant as toxoalbumin), but this toxin is eliminated in the oil extraction process. As a result, it is a thick yellow liquid, odorless and without a characteristic taste.

Castor oil has been used in India for hundreds of years. Currently, most often in the form of an ingredient in medicines and cosmetics. In medicine, it is most commonly used as a laxative. The oil reacts with the enzymes of the pancreas, transforming into potassium and sodium soaps, which stimulate the functioning of the intestines. In addition, it is used for therapy in the form of compresses:

The cosmetic use of castor oil is mainly due to its strong moisturizing properties. The composition also includes glycerides of other fatty acids, including linoleic, stearic, oleic and palmitic. In addition, it is a valuable source of quercetin and flavone glycosides with antioxidant properties, i.e. delaying cell aging.

There are huge advantages of castor oil:

The most important advantages of castor oil, however, are its properties, especially the moisturizing, anti-inflammatory, and antibacterial properties.

This type of oil is perfect for excessively dry skin. It contains fatty acids penetrate the skin and moisturize it, so it can be used on hard, cracked epidermis. By itself or with additional ingredients, e.g. natural yoghurt, it can be used to counteract chapped skin on the elbows, knees and feet. Today, however, its rejuvenating properties are most appreciated, which result from stimulating the production of collagen.

Interestingly, it can be used prophylactically as well as for wrinkles that have already appeared. It will ensure proper action in the case of skin lesions, such as lichens or warts. It is worth taking the treatment at the moment of minor changes to make it more effective. It is a source of undecylenic acid with strong fungicidal properties, therefore it can eliminate mycosis, athlete’s foot and candidiasis.

You can prepare homemade masks with castor oil and apply them to the face, hands and other parts of the body. You can add it to your bath as it dissolves almost completely in water. As a result, the skin will be perfectly moisturized.

The oil stimulates microcirculation, so rubbing it into the scalp will intensify hair growth. Improves the condition of the hair thanks to its nourishing and moisture-retaining properties. Nourishes dry and damaged hair. It is especially recommended to tame split, excessively frizzy ends. It has a slight darkening effect, which can help to even out the color of the hair.

When applied to the scalp only, it strengthens the bulbs, hence the hair grows faster and becomes thicker. It helps to eliminate scalp problems, especially excessive dryness and dandruff. As a result of the treatment of hair and scalp with castor oil, the hair becomes soft, shiny, denser and visibly nourished. The oil should be applied systematically in small amounts, e.g. with a soft brush. You can add a few drops of essential oil to your shampoo.

Every woman will appreciate the effect of castor oil on her eyebrows. To avoid drawing hair in the area where eyebrows should grow, you can take care of your natural eyebrows in a natural way. It is enough to regularly apply the oil to the eyebrow line to transform the rare, asymmetrical and full of defects eyebrows into perfectly thick, natural form. Repeat this operation 2-3 times a week. The oil will make the eyebrows thicker, more distinct and shiny.

There is almost no end to using the properties of castor oil in cosmetics. It can be found among the methods for beautiful eyelashes. Thanks to it, eyelashes become more resistant, do not fall out and become thicker. In many cases, darkening of the eyelash hair is observed, especially as a result of regular use. & Nbsp;

The natural anti-aging properties of the skin make castor oil widely used in face care products. It provides healing and care properties. It prevents wrinkles thanks to numerous vitamins, minerals and acids, especially omega-6. As a result of care with castor oil, the skin becomes taut, nourished and moisturized.

By ensuring proper hydration of the skin, it protects it against the appearance of mimic wrinkles and other signs of aging. Women should try castor oil to remove makeup residue. Used as a natural face tonic, it will soothe the skin and protect it from drying out. Castor bean seed oil will help to ensure the right level of moisturizing the lips. Useful for problems with chapped lips.

Due to its antifungal and antibacterial properties, castor oil may turn out to be the golden remedy for acne. Supports regenerative processes. It has a disinfecting and anti-inflammatory effect. Acne lesions can be smeared with pure castor oil and left overnight. Such regular use can help get rid of acne or significantly alleviate blemishes. However, it should be applied in very small amounts so as not to clog the pores.

Apart from the fact that castor oil has a regenerating and soothing effect on the skin of the hands, it will also strengthen the nails. It is recommended especially in the case of damaged and splitting nails. Interestingly, it will also be useful for softening the cuticles around the nails, which makes it easier to perform a manicure.